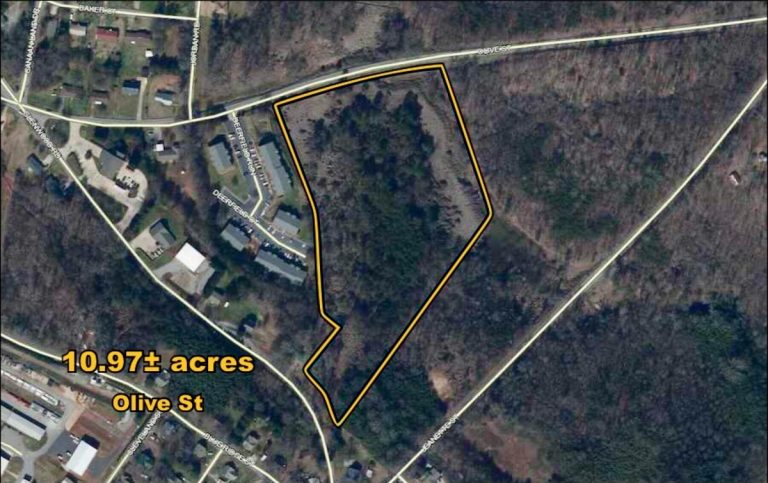 The utility department says sewer and water are available.

It has been verbally reported that the City of Easley leased this property from a prior owner in the 1940s and 1950s. A portion of the property had an excavated hole where local residents were allowed to take their household garbage for disposal during that timeframe.

After the lease ended, the prior owner, a grading company, graded the property, covering and filling the remaining depression. Several decades after it was leveled, the current owner purchased the property. It has remained in its natural state since.

We have contacted the Department of Health and Environmental Control (DHEC) in Columbia and Greenville, and they can find no records of the landfill. Also we were told there are no reports of issues in the area.

The owner of this property owns several mobile home parks in another county and was considering building one here; however, the property is now part of an estate settlement. It could also potentially be a good location for mini-storage or other warehousing.

We have provided 2 surveys and a tax map. Watching the video will help you sort out this property.